'REVENGE' OF THE UK WRAP PARTY! 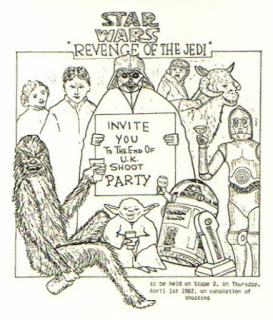 It's time to break out the food and bubbly as the UK filming crew of Revenge of the Jedi issue invites to a unique party celebrating the end of the film's fast and efficient Elstree Studios filming by April 1982. The event proved a success - the technicians known for their legendary ability to enjoy alcohol! - though one or two of the British crew were deeply saddened that George Lucas didn't even bother to make a brief 'hello' at the party!

This image was one of many items from the late Jeremy Bulloch's personal SW collection, the majority of which were being auctioned off for charity during 2022.

Posted by aficionadofan at 06:48 No comments: 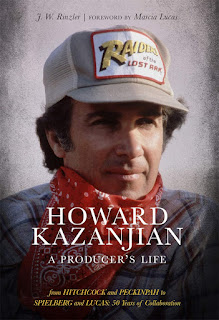 Howard Kazanjian is best known as the producer of the worldwide box office hit conclusion to the original Star Wars saga with Return of the Jedi, where he had to bring his lifelong friend George Lucas's epic blockbuster filmed across the world in on both budget and time for its then May 1983 release, as well as vitally making sure it delivered the storytelling goods to millions of devoted fans eager to see the further adventures of Luke Skywalker and friends. No easy task for sure, but one that Kazanjian ultimately handled and professionally realized via strong discipline, creative inspiration, some occasional no-nonsense directness, and using the rare ability to 'listen' to people and work things out when there were problems. Most importantly, Kazanjian had, and still has, a wealth of knowledge and life-experience about how to make Hollywood/Independent movies, and make them work well. Discover his career, not just on Star Wars and Raiders of the Lost Ark (where you'll see and appreciate his critical input on both in new ways) but over a variety of other movie and TV projects across fifty years (most notably in the seventies and mid-eighties - an incredible and certainly magical time), within a rightfully celebrated in-depth, all-new book: Howard Kazanjian - A Producer's Life, available now from Cameron Books.

Adapted with Kazanjian by the late and much-missed film historian and novelist J.W. Rinzler (with additional support from archivist Brandon Alinger), packed with terrific rare photos, and featuring some diverse collaborators happily recalling Kazanjian's hard work and dedication to all the projects he's worked on (including contributions and a foreword from the producer's rarely interviewed friend, Marcia Lucas - a major coup for the book), A Producer's Life is well worth adding to your behind the scenes collection and will prove a must-have for aspiring film-makers.

Posted by aficionadofan at 04:35 No comments:

'REVENGE' OF THE HAIRSTYLE! 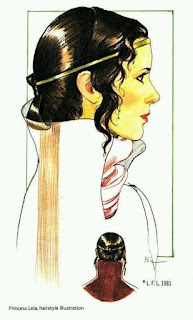 Right from the get-go, Princess Leia Organa's 'buns' hairdo would be an iconic aspect of the Rebel heroine's character in 1977. The subsequent sequels would also see Carrie Fisher's alter-ego on screen sport a variety of further intriguing hair styles, including a tribute to Nordic female history in The Empire Strikes Back. Sadly, this lovely design idea above, created for Revenge of the Jedi during 1981 pre-production, sadly never made it to the screen. Perhaps this classy, regal look would have been for the aborted Rebels gathering sequence to have been set on the grasslands world of Sicemon?

Posted by aficionadofan at 10:42 No comments: 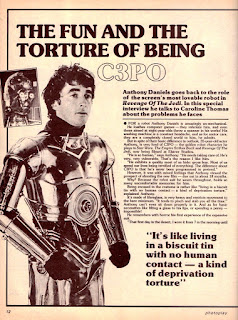 Previewing the film a year in advance (as well as the prior and still in on/off release The Empire Strikes Back), the popular Photoplay magazine UK got to chat with both Anthony Daniels and Harrison Ford about their roles and the upcoming then-titled Revenge of the Jedi for its May 1982 issue. 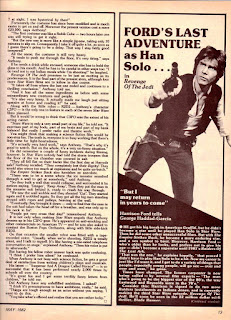 Images via: Graeme Wood/ Twitter.
Posted by aficionadofan at 10:43 No comments: 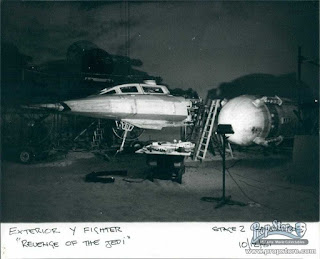 Another great behind the scenes reference image from Revenge of the Jedi presumably sent to Kenner Toys/merchandisers in 1982, showing in close detail Princess Leia's Y-wing fighter, ultimately abandoned on Tatooine as she, Han, Lando, Chewie and Threepio depart the planet during the deleted 'Sandstorm' sequence...
Posted by aficionadofan at 07:50 No comments: 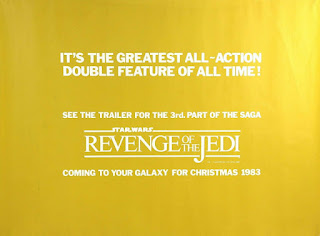 One of the striking gold advert posters promoting the screening of a Revenge of the Jedi trailer playing exclusively with the UK's exciting re-release double bill Summer 1982 screenings of Star Wars and The Empire Strikes Back in cinemas from May 30th onwards (of which 220 prints had been release struck, with a prior exclusive premiere engagement at London's Odeon Leicester Square one week earlier). By Christmas, the double bill became singular screenings of Empire, though I cannot confirm if the Revenge trailer was still screening with it by that point.
Posted by aficionadofan at 07:19 No comments:

Email ThisBlogThis!Share to TwitterShare to FacebookShare to Pinterest
Labels: 1982, MEDIA AND PUBLICITY, MERCHANDISE POSTER, REVENGE OF THE JEDI 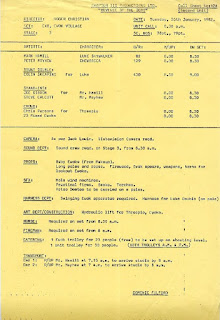 A vital part of the behind the scenes process on any film, large or small in scale, production call sheets are the ultimate guide for cast and crew to a filming day and its requirements, of which Revenge of the Jedi's filming, back in 1982, was no exception. 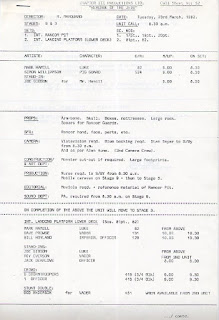 Posted by aficionadofan at 07:43 No comments:

Email ThisBlogThis!Share to TwitterShare to FacebookShare to Pinterest
Labels: 1982, BEHIND THE SCENES, CALL SHEET, REVENGE OF THE JEDI
Older Posts Home
Subscribe to: Posts (Atom) 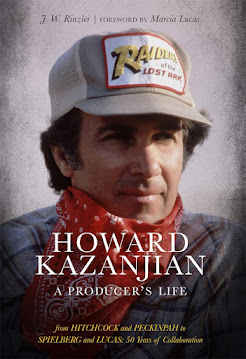 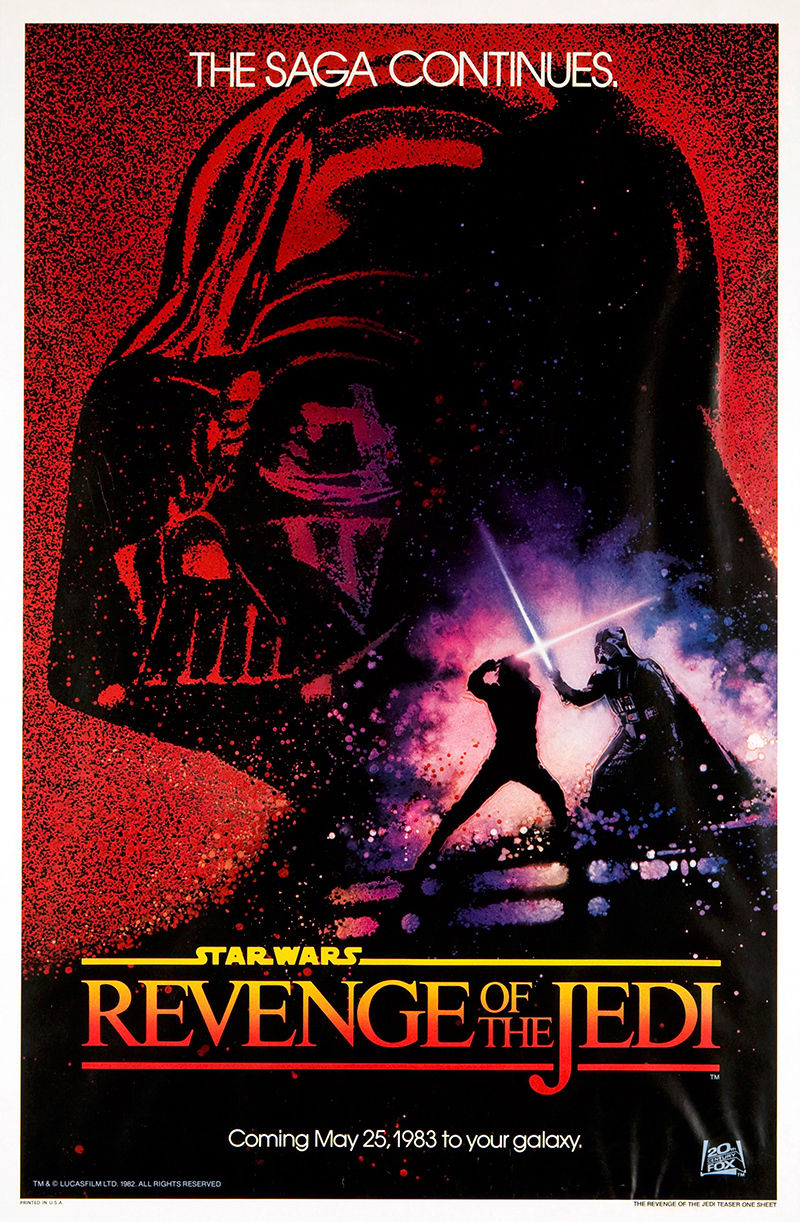 THE MAKING OF 'REVENGE'/'RETURN OF THE JEDI' 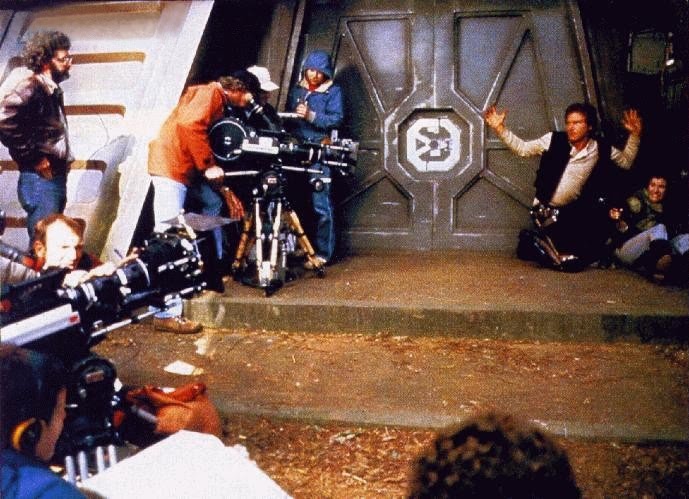 'REVENGE OF THE JEDI' ARTICLES FROM STAR WARS AFICIONADO BLOGSITE 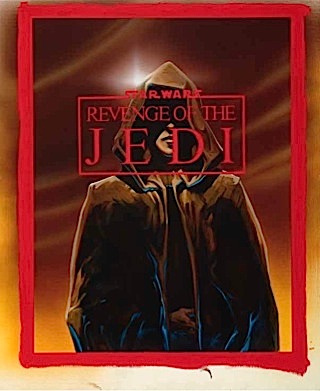 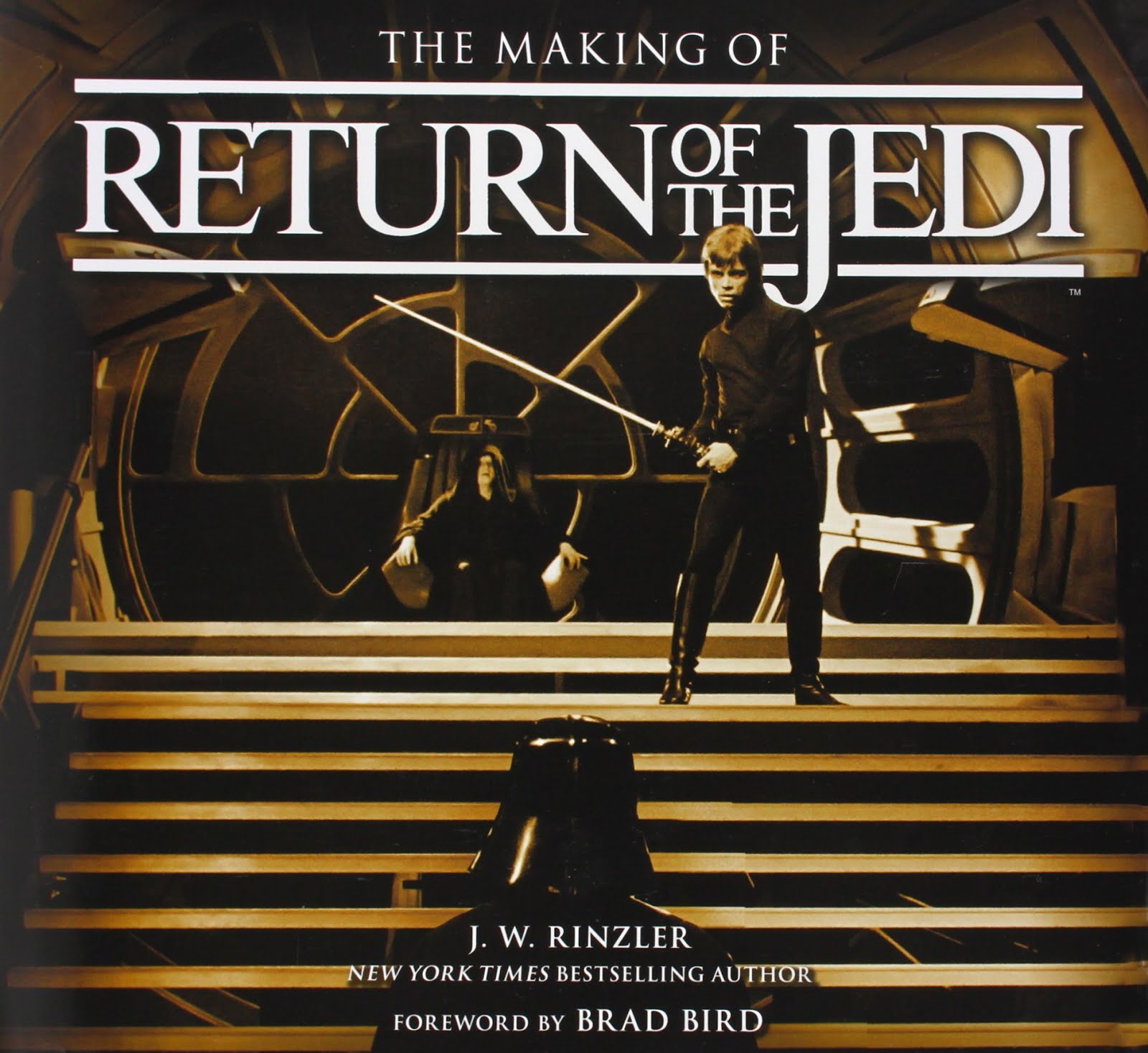 'THE MAKING OF RETURN OF THE JEDI' - BY J.W. RINZLER

WELCOME TO THE WIDER UNIVERSE OF 'STAR WARS AFICIONADO' 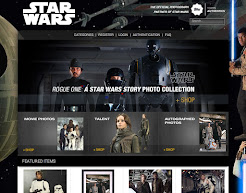 All STAR WARS imagery is copyright LUCASFILM LTD, unless credited otherwise. Photos, art & videos are presented for editorial purposes only, under the "fair use" provisions of copyright.